When we mention yoga, many people may conjure up images of women in colourful skin-tight ‘yoga pants’ or Instagram photos of insanely challenging postures. They might even have the impression that it is an outwardly materialistic and egocentric exercise. Rhian Fox, a yoga teacher who will be speaking at Instill this year, sees it differently. 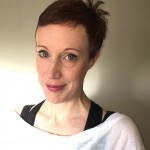 Yoga is a complex multi-layered practice. At one level it may be Lycra-clad postures and multicoloured poses, but at another it is a holistic practice that promotes optimal well-being. It can help the human mind to transcend many of the problems it creates for itself.  However, the perfectly poised beach bodies standing on their heads in my Instagram feed do not convey this message.  When we bring yoga to teenage boys, it is important to address their preconceived notions. Their understanding of yoga may enter into conflict with their emerging identities as young male adults. This is the challenge Rhian faced.

At her school she was given the task of raising standards in boys education, and she chose to use yoga as a tool to engage boys. This was at a time when the media were demonising ‘hoodie’ culture. The word ASBO was more common in stories about teenage boys than health or well-being. Her principal obstacles were preconceptions about who can do yoga, and what it is to be a teenage boy.

A mother of three boys herself, Rhian has found it fascinating to observe these misconceptions of yoga. She has witnessed how parents, schools and even yoga teachers adhere to  ‘accepted’ norms and understandings of yoga practice. As a result, she has been able to apply her teachings to young boys of all backgrounds, from GCSE Dance students to young elite sports players.

She has also seen that rather than reinforcing the misconceptions portrayed by the media, yoga addresses them.  Rhian has found that through yoga young males have been able to escape social pressures and negative paradigms. “There seems to be a greater connection between body and mind [in youths], almost as if we are taught to disconnect the two as we grow up.  In truth I find teaching adults far more challenging for this reason’.  A central idea is that  yoga is a positive life skill, that takes place in a non-judgmental space where there is time for inward connection.

One aspect of yoga that seems to make it particularly appealing for young boys is its immediacy. As soon as they go into a pose, they feel the benefits. This contrasts with other forms of therapeutic or mindful exercises, where results take longer to appear. Teenage boys respond best to direct results, felt in the body, rather than talk. Rhian recalls that one piece of advice she received before her first all boy class was: “speak in sentences of no more than 5 words”.

However it is not all tranquillity and quiet in her classes. Her own advice is that ‘as a tool to calm, yoga doesn’t have to exclude moments of high energy, of almost chaos…’. This may seem counter-intutitive for those who see yoga as a quiet space.  But there are many layers to yoga. Rhian’s experience with boys brings new perspectives on yoga practice, as well as its philosophy.

Rhian will be leading a workshop about her work with boys at Instill.   The conference is in Pimlico, London, on the 11th November. Join us! You can book here.